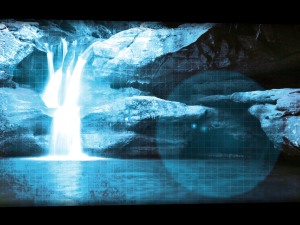 Jesus stepped out of his sandals and into the muddy Jordan. For the first time he noticed the weariness of his feet as the river drifted lazily over them. He had traveled south for three days to get to where the baptizer was working.

“I am the voice of one crying out in the wilderness. Make straight the way of the Lord!”John’s voice stirred the crowd that had gathered. Jesus stepped forward into the deeper water drawing ever closer to the one who was baptizing. There was a hint of wonder in John’s tone as he asked Jesus the question, “I need to be baptized by you, and do you come to me?” Jesus smiled and answered, “This is the proper way to do everything God requires of us.”

Descending into the water, Jesus felt the urge to pray.  His lips were moving in a prayer even as he was going under. As he came up from the muddy water, he lifted his face to heaven and kept praying. Earlier he had discovered some of what his Father was asking him do, and now he was affirming his willingness . . . and waiting.

The clouds parted. The sun shone brightly. Or was it more than the sun? For those standing on the shore it appeared as if heaven’s light was shining only on a man in the middle of the river. His face and hands were uplifted in prayer . . . still waiting.

It was only then that they heard his voice, the source indistinguishable, but not the words. “This is my Son, my beloved, in whom I am well pleased.” Still standing in the river, Jesus lowered his hands. He looked around at the people’s faces and smiled. They were the reason he had come. He began to move towards the shore. As he did, he felt within him a power he had not previously known. It was through this power that he could help them in their greatest need.

For those who were watching from the shoreline, it appeared as though he left the river differently than he went in. He had gone in of his own accord, but as he neared the shore, it was as if someone was leading him.  Like a guide, but invisible to the eyes of the watchers. . .

Taken from Just Like Jesus-biblical strategies for growing well by Phil Moser, pages 39-40. Available at www.biblicalstrategies.com 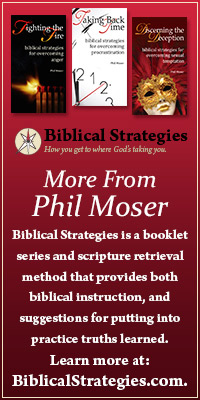